"He always felt in foreign affairs that if he could only get his adversaries into the room with him, he could win them over."

Carter's religious conviction influenced his presidential decisions: "As a student of the Bible, well-versed in the ancient struggles of this part of the world, Carter approached both leaders with political understanding and a unique sense of purpose. In preparation for the Camp David meetings, Carter studied briefing materials, including detailed maps and complete profiles of Sadat and Begin and their close advisors." 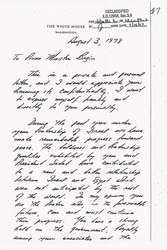 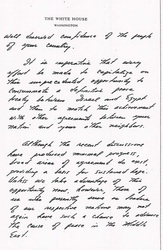 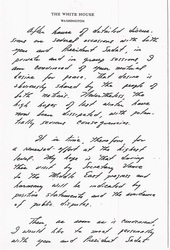 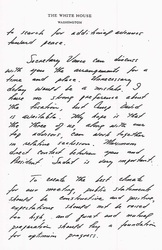 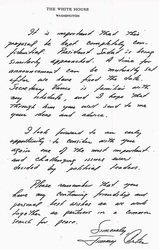